Rescued from the tide, a former general store in coastal Maine is reborn as a modern summer cottage.

When Fiona Hooper first set foot in the dilapidated general store turned cottage, she fell in love with the view. Where Harbor Cottage is set–right against the bay in Martinsville, Maine–the high tide literally laps at the porch, which also caused the basement to flood. Fiona staved off the water with some initial improvements. But when it came time for a total interior overhaul, she and her husband, Tony, called on architect Sheila Narusawa to set things right. With the addition of painted shiplap and many more windows, Narusawa brought Harbor Cottage into the 21th century, while paying homage to its history and heritage. And the good news: It’s available for rent (see details below). 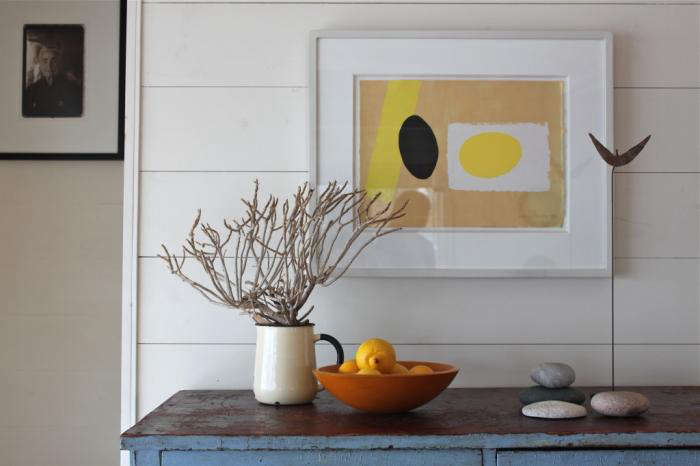 Above: A print by British artist Wilhelmina Barns-Graham hangs over a sideboard displaying stones from the three continents where Fiona has lived: Maine, Plettenberg Bay in South Africa, and Dungeness in the UK. 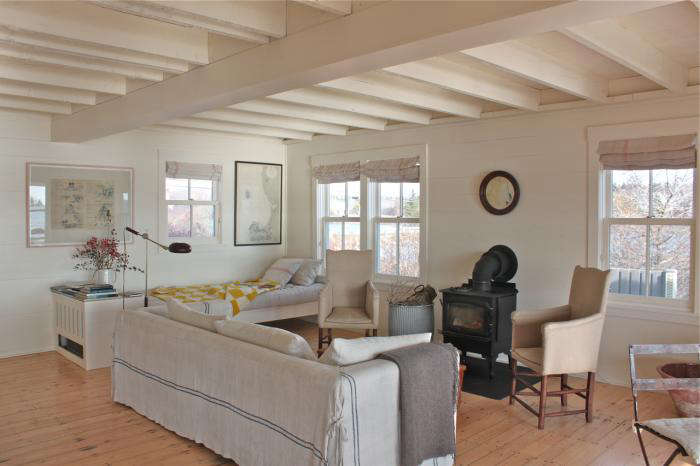 Above: Previously chopped up into several rooms, the living room is now one big space. Narusawa added double-hung windows to take in the view of the bay as it wraps around the point. White paint on the walls and ceilings throughout the home create a sense of seamless interiors. Fiona recovered the sofa in antique French linen from The Marston House in Wiscasset, Maine. The antique mirror over the stove was a gift from her mother many years ago when she first left home. 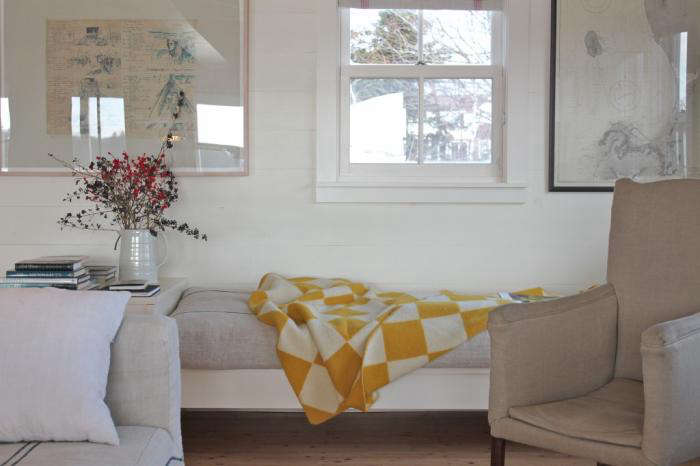 Above: A checked blanket on a built-in daybed. The pitcher holds red and blue privet berries. 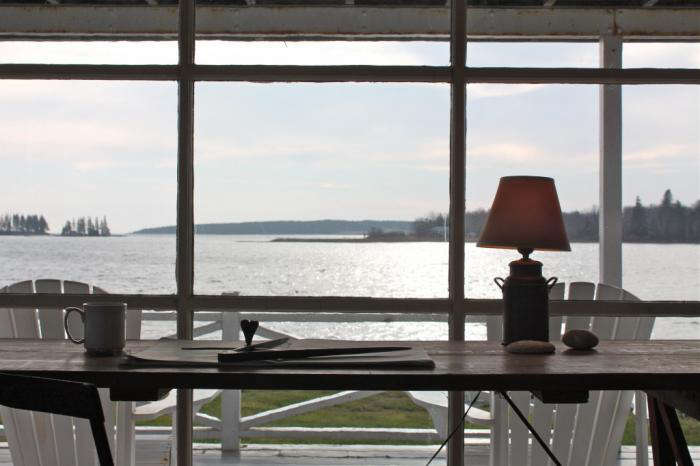 Above: Water views through windows that date to the days when the building was a general store. 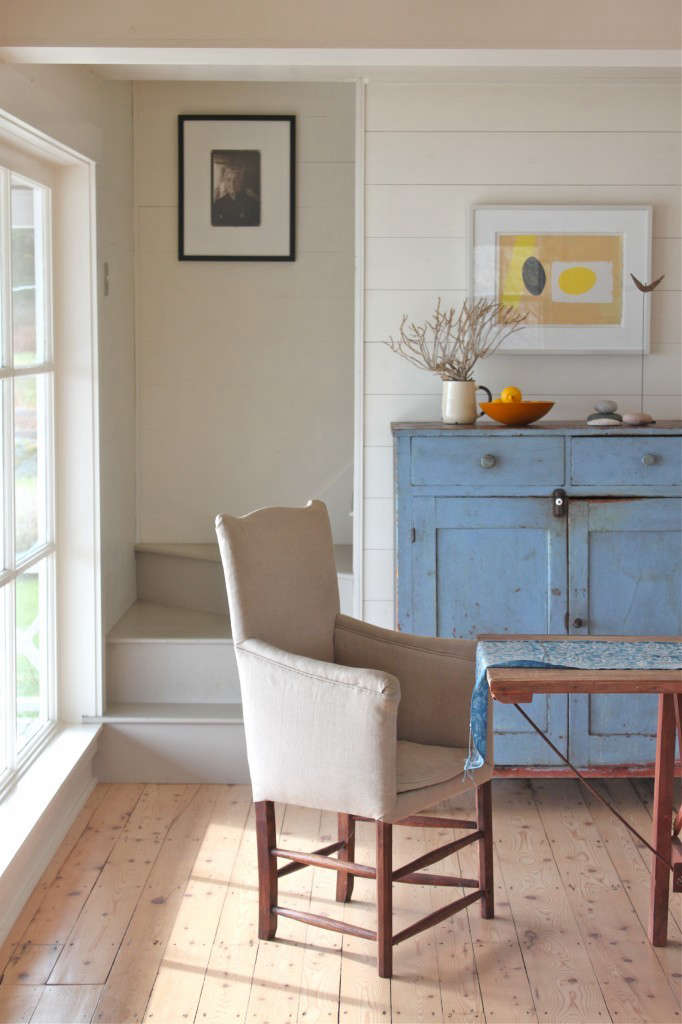 Above: Fiona bought the antique dining table on vacation in the south of France. 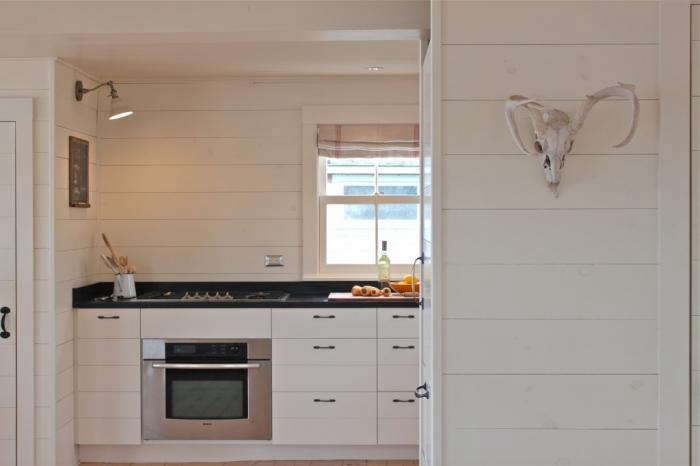 Above: In the kitchen, old-fashioned shiplap is applied to the drawers and cabinets; even the fridge is paneled. Read about the paneling in Expert Advice: The Enduring Appeal of Shiplap. 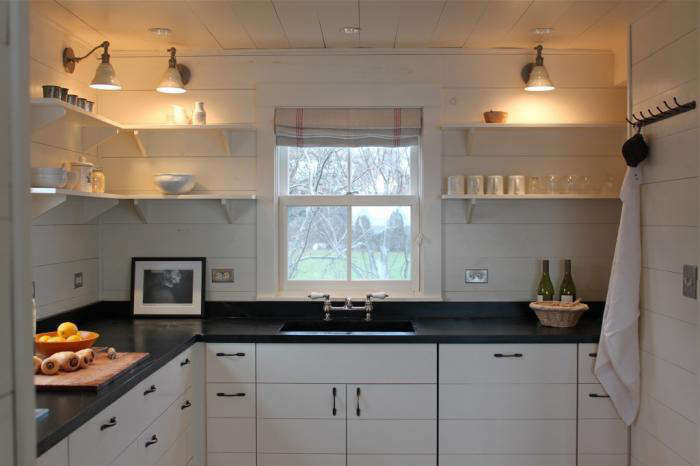 All construction at Harbor Cottage was carried out by Harbor Builders. 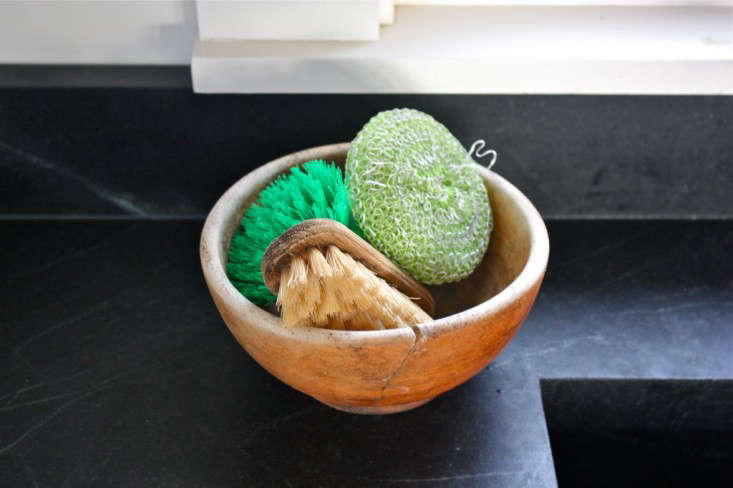 Above: Soapstone provides a nice backdrop for an old bowl that Fiona’s mother brought from Scotland. 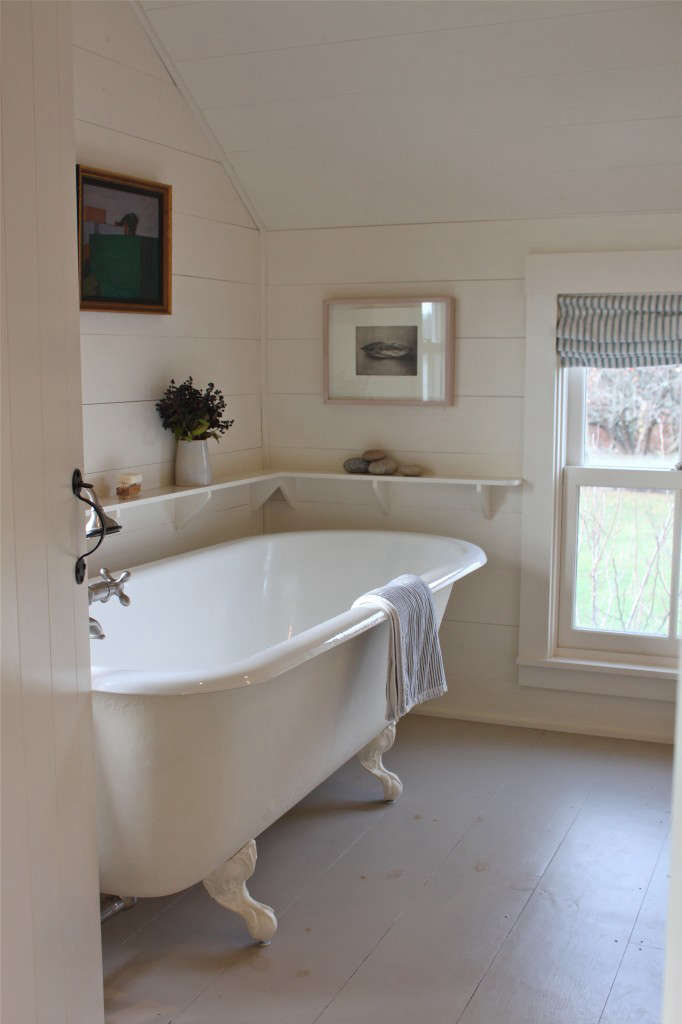 Above: Tucked under the eaves, the expanded upstairs bathroom has a New England rustic vibe. 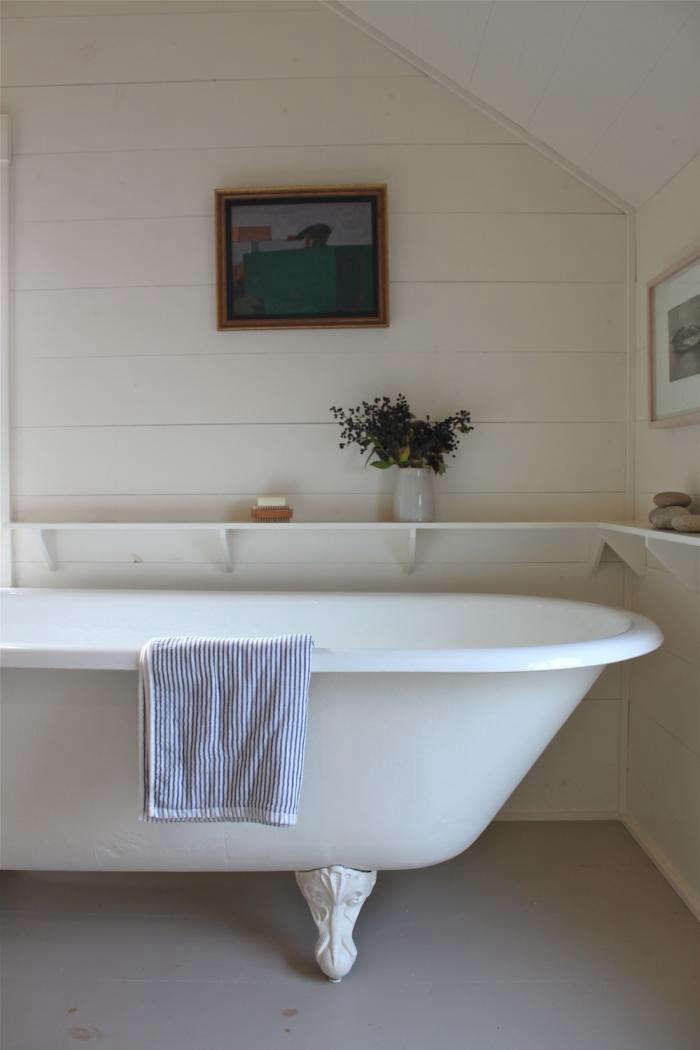 Above: The room features a refurbished antique tub and the same bracketed open shelving as the kitchen. (For a similar bath designed by Narusawa with sourcing info, go to Steal This Look.) 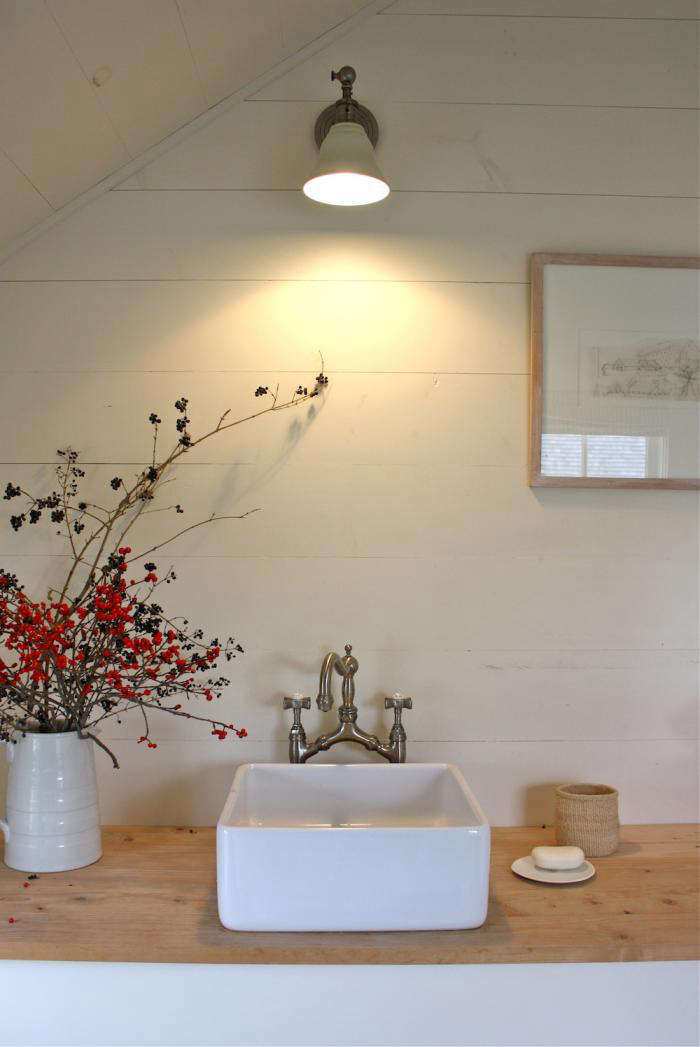 Above: A farmhouse sink sits atop a rustic wood countertop. 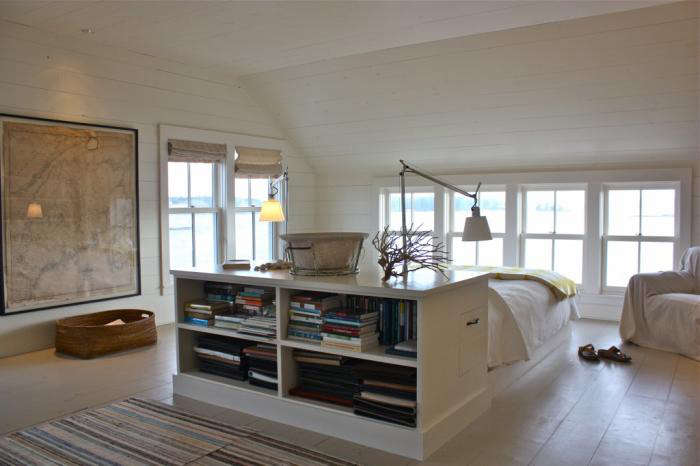 Above: Narusawa created the lofty master suite out of three small bedrooms. She anchored the bed to an island in the center of the room, allowing the area behind to serve as a dressing area/office. 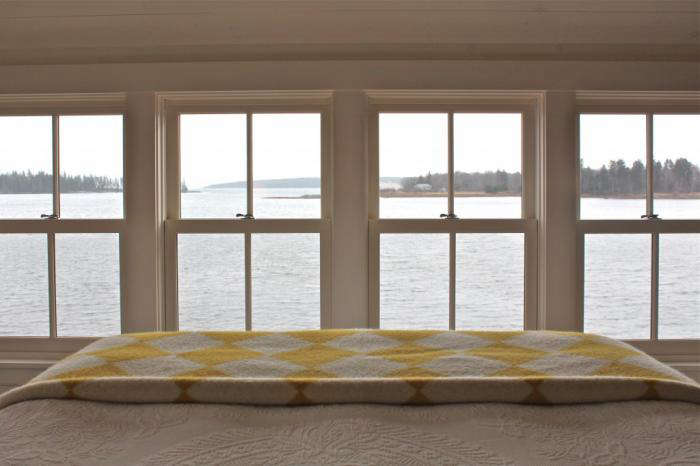 Above: The view from the bed creates the illusion that one is floating on the sea. 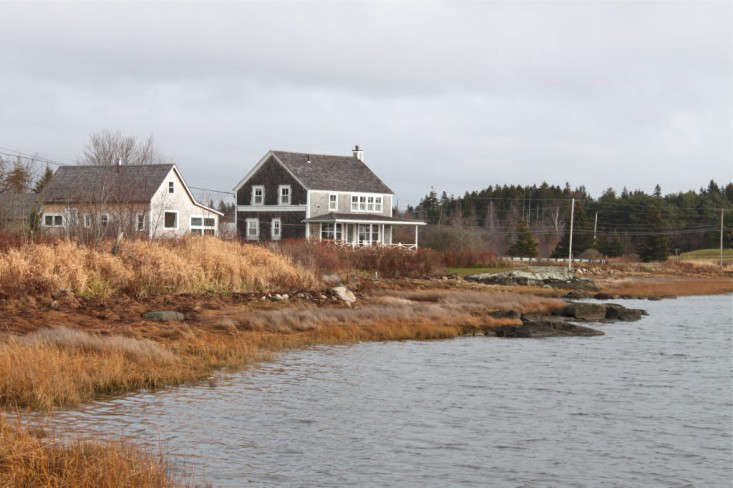 Above: Harbor Cottage also has a two-bedroom guest cottage next to it (shown left); the two houses sleep six and are available for rent together. The town of Martinsville is in midcoastal Maine; for information, go to Harbor Cottage Maine. To see more photographs, go to Design Skool.

Heading to Maine? We recommend visits to Snug Harbor Farm nursery in Kennebunk, and the Corey Daniels Gallery in nearby Wells.

This post is an update; it originally ran on May 16, 2012, as part of our Northern Light issue. 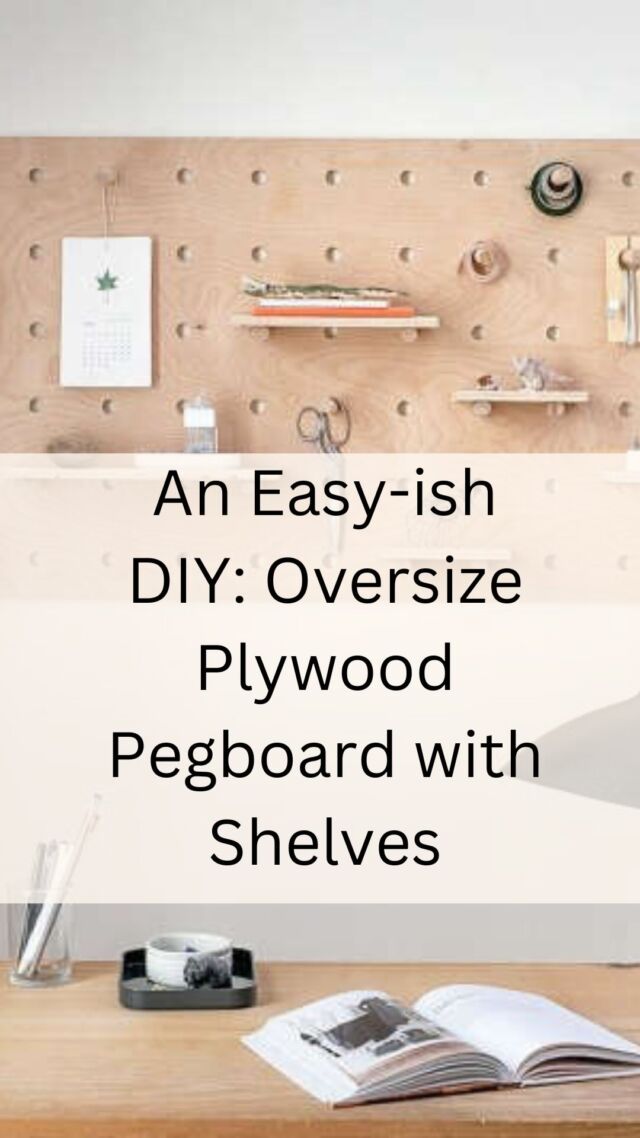 Have you been pigeonholing your pots and pans as o 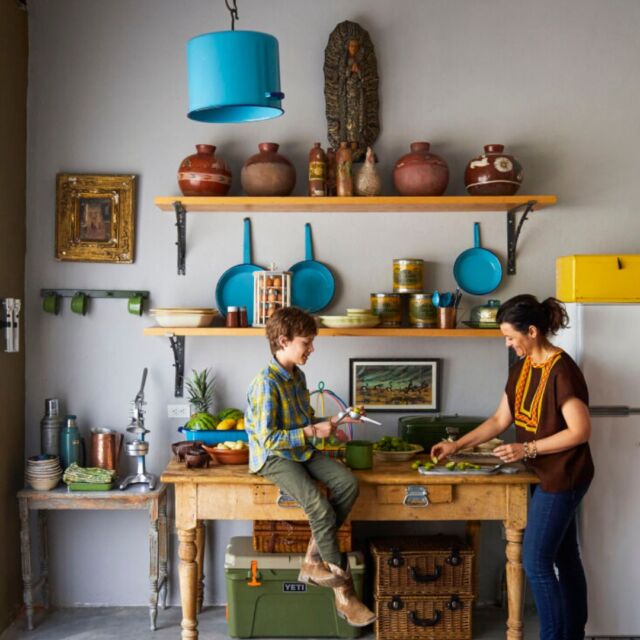 We at The Organized Home are no strangers to the c 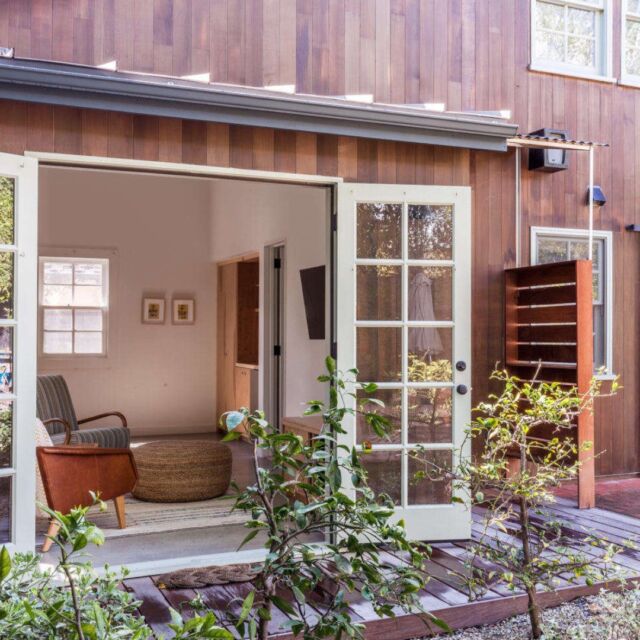 A hybrid schedule calls for a hybrid home office. 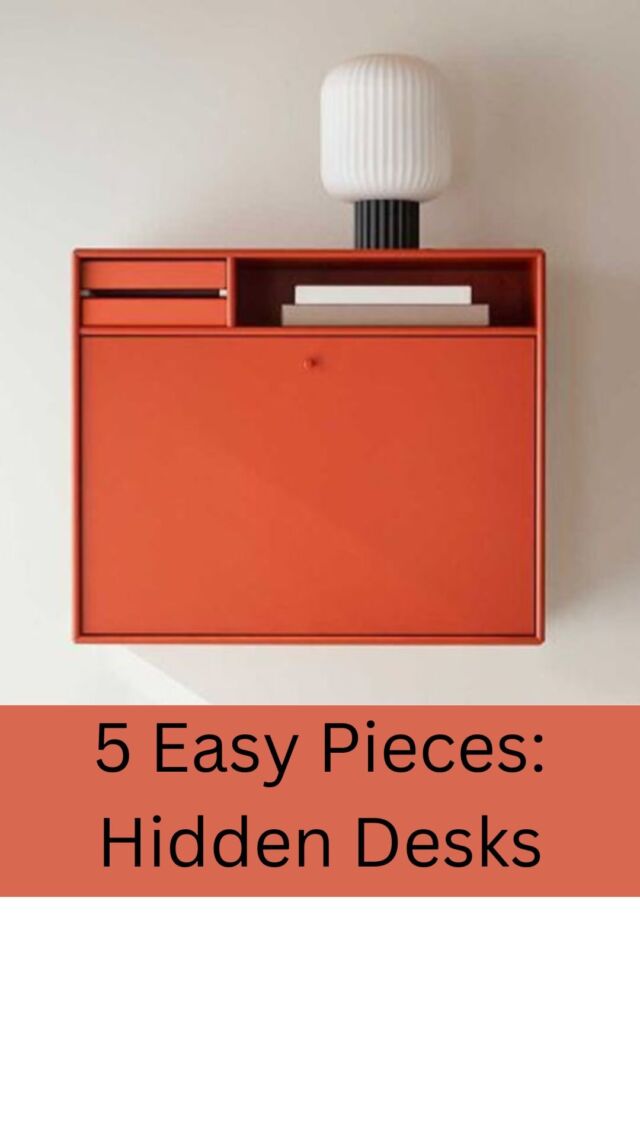