“I had a vision as soon as I walked in,” says Sally, the owner of this southwest London kitchen. It’s located in what had been a seen-better-days Edwardian house and promptly after purchasing the place, Sally and her husband, Greg, acted on her plan: They hired a contractor and took down the wall between the sitting room and kitchen. “After knocking two rooms into one, we laid a polished concrete floor, paneled the whole room, and put in a British Standard kitchen.”

Sally, a teacher, mother of two, and “aspiring, soon-to-be interior designer,” notes that she bucked the trend of moving the kitchen to the back and adding an extension out to the garden: “Rather than having a space in the front that feels redundant, I wanted the whole house to be used,” she tells us. “We preserved our lovely sitting room, which opens to the garden, and gained a kitchen so spacious I can have a dog charging round and two boys playing football behind me while I’m making dinner, and it doesn’t feel cramped.”

Do you know the difference between shiplap, beadboard, and V-groove paneling? Learn the answer in Remodeling 101: The Ultimate Wood Paneling Guide..

The range is a classic Aga cooker—yes, they’re available in the United States, see Design Sleuth. As for the surprise tubular metal vent over the range, it was designed by Greg and assembled from ducting: “Behind the center of the Aga is exactly where we took down the wall, and because of the remaining steel nub, we couldn’t have a conventional extractor fan, nor did we want one,” says Sally. “It’s nice to have an industrial touch in a timeless kitchen.”

Another American inspiration: the pot-filler faucet over the range. Learn why it’s the ultimate kitchen luxury in 10 Easy Pieces: Pot Filler Faucets.

The couple liked the shiplap so much that they proceeded to panel all but one room in the house. Here, it’s made of MDF spray-painted in Farrow & Ball Strong White. “Our carpenter completely understood what I wanted and worked tirelessly; he didn’t stop,” says Sally.

Take a look at shiplap paneling in another of our favorite kitchens, A Streamlined Cape Cod Classic, and see more applications in Expert Advice: The Enduring Appeal of Shiplap.

The number one Dishwasher Stacking rule this Thank 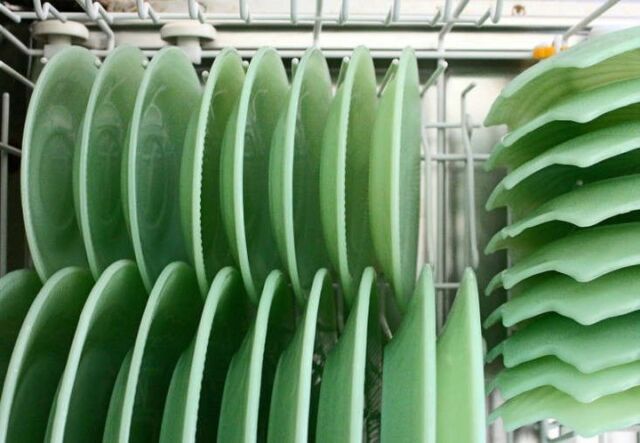 Our advice for your bedroom? Invest in a pair of b 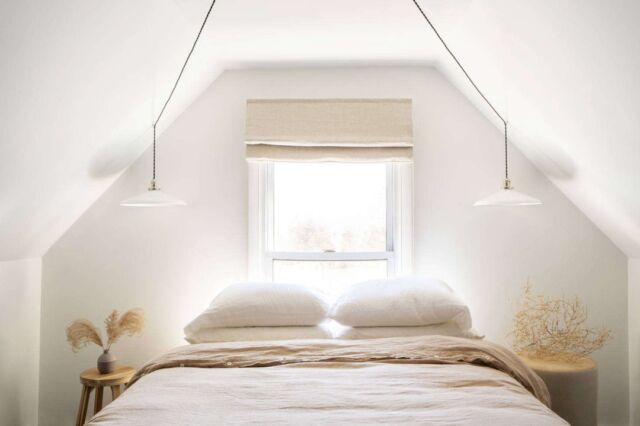 Since contributor Annie Quigley lives in a small c 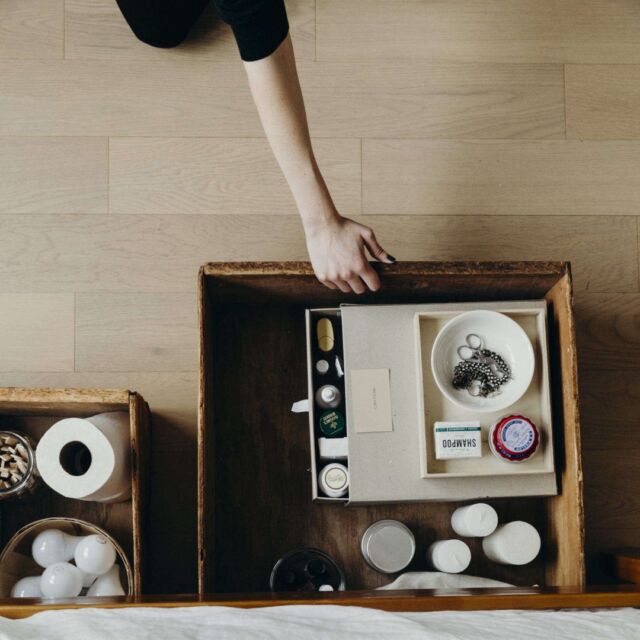